Confederate secret weapon
HLB Hunley (HL Hanley) - a small submarine on hand drive, built in Mobile, Alabama, in 1863 by Horace Lawson Hunley drawings (Horace Lawson Hunley), James R. McClintock (James R. McClintock) and Baxter Watson (Baxter Watson). After testing in the Gulf of Mobile, she was transferred to Charleston, South Carolina, to protect the port. However, the August 29, 1863, being moored to a steamer, capsized and sank, taking into the deep eight-man crew.

It would seem that on this and ended the story ....

After raising a new crew was recruited and began testing. During the testing, October 15, 1863, the boat could not reach the surface and the entire crew, including Horace Hunley, who led the dive, again drowned.
For the third time the old man threw the seine in the sea .. No, not that .. 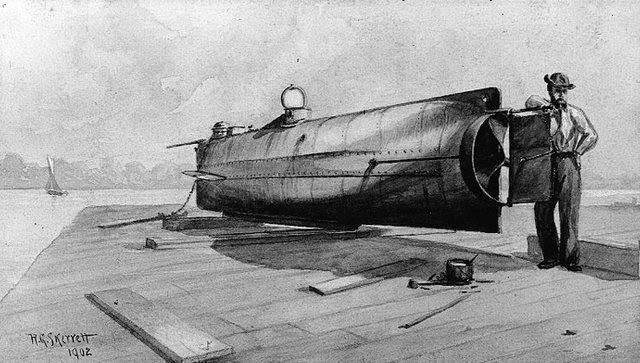 After the third ascent from the sea bottom boat was again renovated and equipped with the crew. With this crew, and strict instructions to under no circumstances did not sink, HLB Hanley began an operation to break the blockade of Charleston.
February 17, 1864 HLB Hunley suited to the steam frigate USS Housatonic and holds a torpedo attack on one of the sides. Ship federal rapidly falls to the bottom and into history as the first ship, lost due to a torpedo attack submarine.

However, the boat was not destined that day to return from a mission. For 131 years the fate of the boat and its crew was a mystery. It was not until May 1995, when Clive Cussler (Clive Cussler) has found its place of the crash. Only 5 years after the discovery of HLB Hunley was lifted gently from the bottom of the bay and shipped to restore the naval base at Charleston. 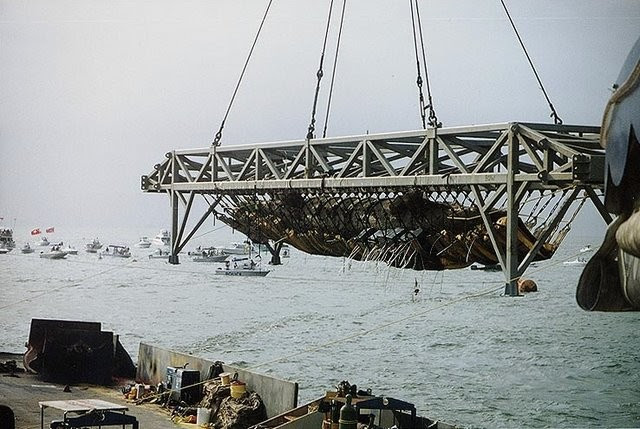 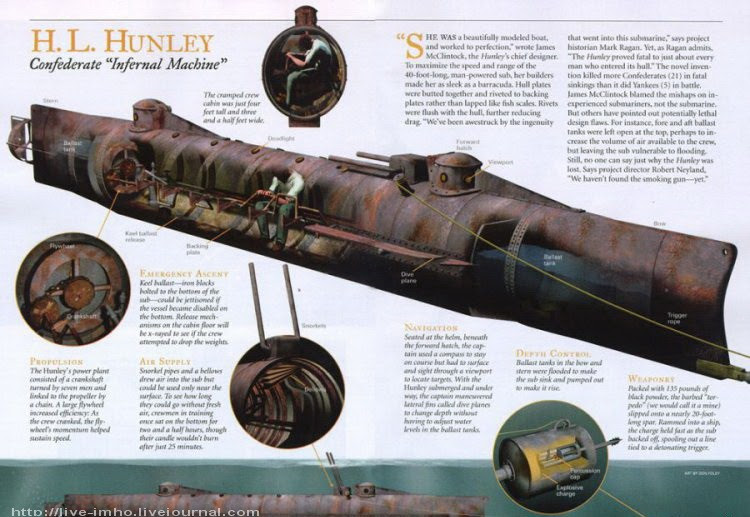 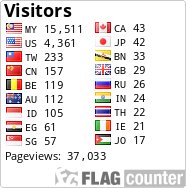